If you’re a classic car enthusiast, you’re likely familiar with the concept of a Concours d’Elegance. But, there’s a new and different show on the scene that’s making a name for itself thanks to its stunning roster of vehicles and fresh approach. To quote the event’s website: The Turtle Invitational puts on “a spectacular weekend gathering where old friends are seen and new ones are made. The Turtle Invitational blends the gravitas of Davos, the quality of Amelia Island, the intrigue of an 18th-century French salon, and the intellectual stimulation of a 19th century Chautauqua.”

For me, the event offers the perfect intersection of my love for cars and my passion for helping fellow car enthusiasts understand the investment opportunity vehicles present. That’s why I started hosting the the event at my farm in Bedford, New York back in 2017.  All the profits from the show benefit the Pray Family Foundation, a successful 501(c)(3) charity dedicated to exposing young people to entrepreneurism and success. 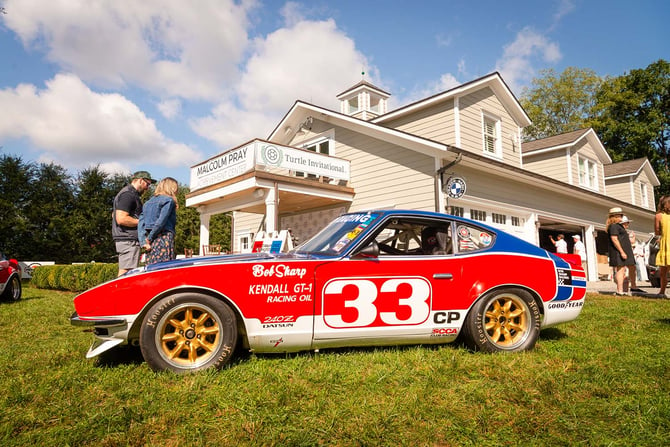 Cars with Character and Stories

We’ve just wrapped up a very successful third iteration of the Turtle Invitational, which included over 100 carefully curated cars and motorcycles. The diversity of the entries was reflected in the award results. Best German Car was given to a simple, beautiful, original and affordable 1963 VW Beetle sold new by Malcolm Pray's VW dealership in nearby Greenwich. In contrast to the humble VW Beetle, the Best Italian Car was awarded to a 1961 Ferrari TR that won LeMans with legendary race driver Phil Hill behind the wheel. This car has no known value—it's a priceless artifact of post-war racing history. Its owner drove it to and from the show.

These two examples are the beauty of the Turtle Invitational and what sets it apart from the average Concours de’ Elegance. Cars are carefully curated based on their stories and the colorful and diverse people behind them. The search for cars to invite to the Turtle Invitational begins two years before the event takes place. Awards are not only granted to the most expensive or fancy car, but to the car with character and stories.

As the Turtle Invitational is reaching new heights, opulent car shows are sprouting up all over the world. High-end car shows have become very popular across a wide demographic and today the “Concours Circuit” is literally a 52-week-a-year traveling circus. Over the last six years, the maturation and meteoric growth of the collector car industry has not been limited to event growth.

Along with the explosion of the number of car shows, there has also been a metamorphosis within the business side of the collector car industry. The transition began in earnest when collector car auction firm RM Auctions announced a strategic partnership with publicly traded Sotheby's in 2015. Next, in 2020, media giant Hearst acquired online collector car auction site Bring a Trailer for an undisclosed sum. Finally, Hagerty insurance announced a few weeks ago that it is listing publicly on the New York Stock Exchange via a special purpose acquisition corporation (SPAC).

In aggregate, these three independent events represent a unified sea change in how businesses supporting the collector car industry are owned, managed and operated. As the industry grows and matures, the future may involve other large capital providers getting more involved and partnering with various players in the industry to fuel more growth.

The institutionalization of the hobby has also coincided with collector cars evolving into legitimate investments. Over the last decade, rare and classic automobiles have emerged as alternative assets. The definition of rare and classic is also expanding as younger generations begin to accumulate assets and seek to own the dream cars of their youth.

From a valuation standpoint, there are some curious trends. Indeed, a decade of low-interest rates and quantitative easing has given rare cars the same financial tailwind enjoyed by other collectibles such as rare art. However, the demand for certain collector cars is real and growing. Demand is soaring. Conventional demographic wisdom would argue that cars from the brass era, the 1920s, and 1930s should depreciate as their owners die off and interest in them naturally fades. However, recent auction results at both Amelia Island and Pebble Beach indicate the opposite trend.

Younger people are snapping up Stanley Steamers and senior Packards. There is currently very strong demand for Duesenbergs. Even in the 1980s and 1990s categories, Japanese Toyota Supras and first-generation German BMW M3's now command six figures. The hobby seems to be thriving regardless of the decade a vehicle was manufactured. Collector cars are the ultimate expression of passion and personality—there is something for everyone.

Overall, the valuations of investment-grade cars are steadily rising. The development of 24-hour bidding on sites like Bring a Trailer has created a surge of exposure and demand with a base of global buyers. Buying online is easy and transparent. COVID-19 lockdowns also accelerated collector car sales as people were victims of boredom while trapped in their homes. 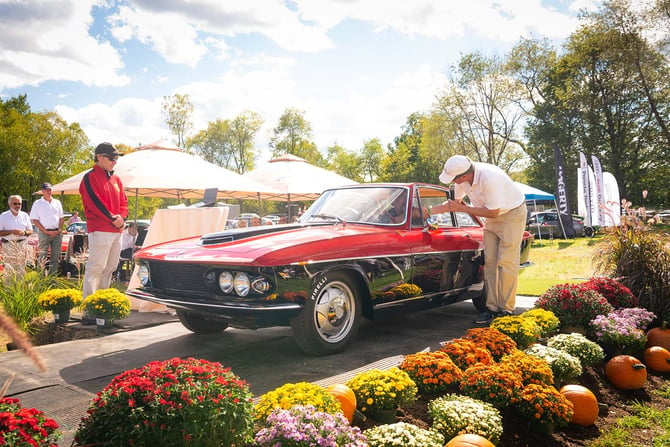 The Future of Collector Cars

Where will the popularity of the hobby and thus the valuations of investment-grade cars go from here? The electric and autonomous car age is upon us, and this development greatly complicates predictions. Indeed, the future looks bleak for the V12 and internal combustion engines in general.

Around the globe, auto manufacturers have pushed all research and development dollars to electric drive. Nobody is spending money on improving their internal combustion engine designs. Will collector cars eventually become film cameras? Or will our vintage cars be relegated to closed courses and controlled environments like competition horses are today? Or will the demise of petroleum-powered cars serve to increase interest in analog and piston-powered vehicles?

About the author: Philip Richter is co-chairman, president and partner at Hollow Brook Wealth Management, a full-service Registered Investment Advisor with more than 100 years of collective experience serving as trusted fiduciary. Philip is also a long-time vintage car enthusiast who maintains a private collection of modern classics and pre-war motorcycles. He is the author of a widely-read car journal called Turtle Garage.

Disclaimer: Information provided is for educational purposes only. Your advisor does not provide tax, legal, compliance or accounting advice. In considering this material, you should discuss your individual circumstances with professionals in those areas before making any decisions. Further, your advisor makes no warranties with regard to such information or a result obtained by its use, and disclaims any liability arising out of your use of, or any tax position taken in reliance on, such information.